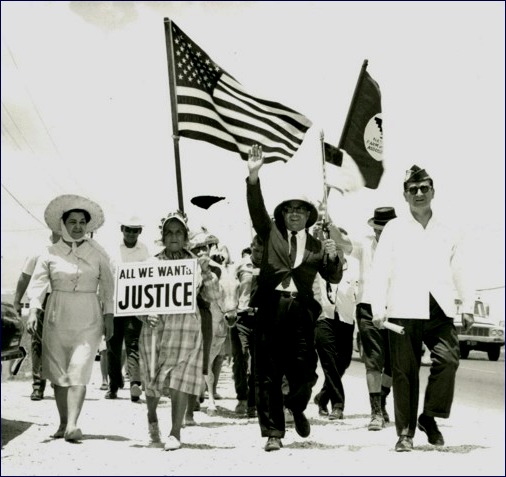 The Dr. Hector P. Garcia Memorial Foundation was created to expand awareness of his legacy and the continued relevance of his fight for equal rights for all. Dr. Garcia grew up in a time when discrimination against minorities was not only common, it was expected. Blacks and Hispanics were denied equal access under the law. Schools, hospitals and even graveyards were segregated.

As a leader in LULAC and the American GI Forum, Dr. Hector helped to end segregation in schools, hospitals and public facilities in Texas and nationally. He organized an effort that defeated the oppressive poll tax and led the way to a Hispanic voting majority in South Texas. He fought for fair wages and better working conditions and to bring resources to the colonias, areas along the U.S.-Mexico border that lacked basic services. By organizing the Hispanic vote and voice he brought political power and consequently justice to his people.

Dr. Hector believed in the promise of America and spent a lifetime making the Constitution a living document for every American no matter what their

race, ethnicity, or economic status. The Dr. Hector P. Garcia Foundation has been established to continue this work. Our mission includes raising money to provide scholarships to students at the post secondary level, the promotion of civil liberties, the development of effective public service, the advancement of the health and social welfare of the community, and the education and training of leadership that serves the people.

Black and Hispanic Americans still lag in graduation rates from both high school and college. They have higher teenage birth rates, infant mortality rates and shorter life spans. They are incarcerated and live in poverty at higher rates. Not only has the dream of overcoming racism and discrimination not yet been achieved, there are those who actively support a eturn to institutionalization of new forms of economic segregation and discrimination that denies many  citizens of their rights.

This Foundation will honor the legacy of Dr. Garcia by supporting people, projects and actions that will protect the rights of all through the funding of scholarships, educational grants and community building efforts. The Foundation, as Dr. Hector did, will also promote the fair treatment, support and honoring of those who have served our country in the armed forces.

We firmly believe that the promotion and protection of civil liberties and the care and support of our Nation's veterans directly leads to a better society. 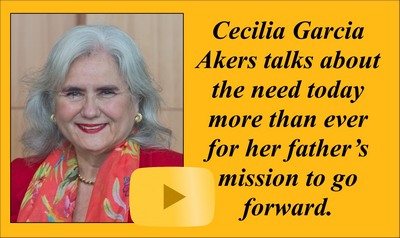