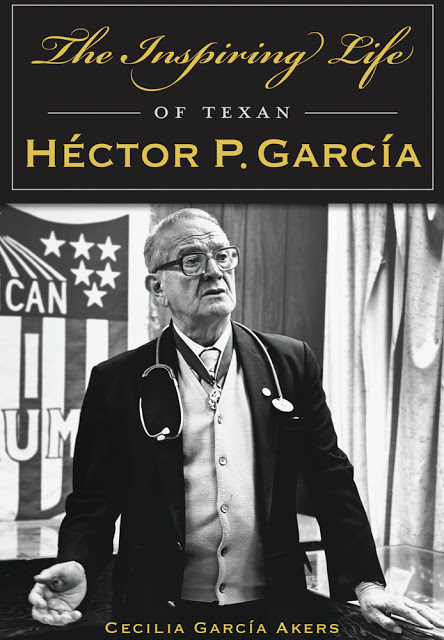 Excerpt from The Inspiring Life of Héctor P. García, a memoir-biography

The first book signing for The Inspiring Life of Héctor P. García will be held on Wednesday, April 13, 2016, at Texas A&M University Corpus Christi, in the Bell Library at 1:30 pm. Dr. García donated his entire collection of papers and memorabilia to this university in 1990.

By Cecilia Garcia Akers
The Death of the Namesake
It was a bright and early Sunday morning in July, 1962. Young Hector was packed and ready to go on his trip to Morelia, Michoacán, Mexico. He was traveling with his older sister, Daisy Garcia, and another family to stay for an extended vacation and to learn Spanish.
That morning, young Hector was so excited. I was still in bed because it was still very early but could hear all the commotion in his room. He had one large suitcase ready to go. On his way out, he came to say goodbye to me and tossed me one of his favorite baseball pamphlets. He said “goodbye Squirt, I got this for you.” I was so surprised that he had given me the pamphlet that he used and cherished. I said “Bye Sonny, come back soon.” That was the last time I would see my beloved brother alive.
The next day, my mother received a telephone call from my father. Her face turned grim and her voice lowered. She told me that Sonny was in an accident and they were leaving immediately to Morelia, Mexico. She said that Sonny was climbing up some steps on a mountain and fell. Unfortunately, he fell on his only one functioning kidney and went into shock. My parents decided to drive to Mexico. The plan was to bring Sonny home in my father’s Cadillac. My father’s main confidant and friend Santiago Castro was going to drive them to Mexico. My mother’s plan was to bring her beloved son home in the Cadillac, resting his head in her lap for the trip.
Read More
Do you like this post?
Tweet