Hector P. Garcia Would Have Been 103 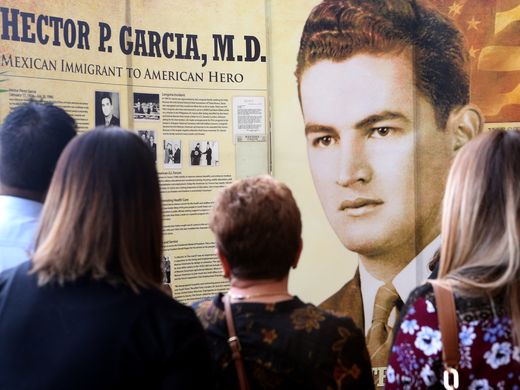 Plana, who was the keynote speaker at Tuesday's Dr. Hector P. Garcia Birthday Luncheon, highlighted a milestone in his more than 40-year career.

"I've played a variety of characters ... I was able to go from playing the Mexican bandit (Jefe) in "¡Three Amigos!" to playing Secretary of State (Mickey Troop) in “The West Wing,”  said Plana, who also narrated "The Longoria Affair." "And the reason for that is I was able to — I took the time to educate myself. My education is responsible for my ability to play (roles in) different socioeconomic levels, to get past those early Latino, negative stereotypes that I had to play just to survive. Just to be called an actor ... I was able to because of my education. And that is emblematic of what we need to achieve in education. It is exactly what Dr. Hector P. Garcia was advocating."